Big Ed’s Pizza has been in continuous operation since opening at its current location by “Big Ed” Neusel and his wife, “Ginger,” in February of 1970. However, the famous Oak Ridge institution actually got its start in 1961 in Huntsville, Alabama, as Big Ed’s Pizzaria. In the late sixties, Huntsville’s poor economy prompted the Neusels to sell the pizzeria and, after spending a brief time in Greyling, Michigan, relocate to Oak Ridge where they converted the old Service Drug Store into “Big Ed’s Pizza”.

The menu at Big Ed’s Pizza is simple – just pizza and beverages, including beer – because Big Ed insisted, as only a Marine can, on always using high quality ingredients for his pizzas. A man of few words but with a kind heart befitting his large stature, Big Ed loved running his pizza place until his passing in 1998, usually from his spot at the back of the bar. He left behind a legacy of hard work, generosity, and his tradition of high quality pizza that his son David accepted and continued with the same passion as his father. David, who served in the Navy and then worked at the Oak Ridge plants before taking over the restaurant, summed up the appeal of Big Ed’s Pizza this way, “The care we put into the product is the biggest secret behind the pizza; if we can’t do it right, we don’t do it; we’re here to satisfy the customer.” In October, 2013, David passed away unexpectedly. Since then, David’s wife, Melissa, and Jon Harris, General Manager, have upheld Big Ed’s longstanding traditions. 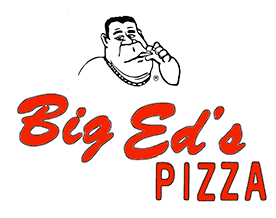